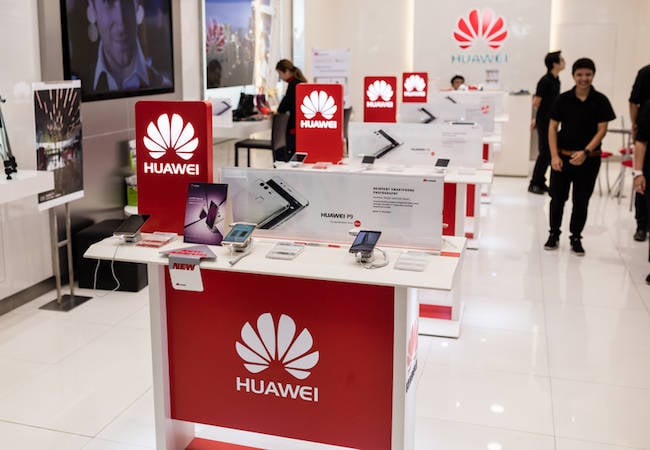 It wasn’t just software that hogged the limelight at Huawei’s annual developer conference, the embattled Chinese company’s PC hardware got a fresh lick of paint too.

The biggest shift was in the Matebook X, which, in addition to a performance bump, received a radical redesign. The mid-tier MateBook 14 has been kitted out with a Ryzen 7 4800H CPU and other tweaks to up its speed.

The MateBook X – an ultrabook akin to Apple’s MacBook Air lineup, and, indeed, you could be forgiven for thinking Huawei borrowed some design cues from Cupertino – was given a dramatically larger trackpad and comes with haptic feedback similar to that used by Apple’s Force Touch technology.

Unlike the more potent Matebook X Pro, which touts a bigger screen and integrated graphics, this flavor focuses on portability. The fanless design means the machine weighs 1KG and has a maximum thickness of 13.6mm. Fortunately, the biggest sacrifices here aren’t found in key travel (Huawei promises 1.3mm of keypress movement before bottoming out), but rather in expansibility, with the Matebook X 2020 coming with two USB-C ports and a 3.5mm headphone jack.

The display is a 13-inch 3K affair, with a 90 per cent screen-to-body ratio and 400 nits of brightness. As with other premium machines from the company, the webcam is hidden within a button on the function keys.

Towards the middle of the laptop pack is the MateBook 14, which receives a more modest upgrade. There’s the aforementioned Ryzen chip, as well as a lower-resolution 14-inch 1440p display, with a 3:2 aspect ratio. On the ports front, it ships with a generous collection of connectivity, including two USB-A ports, HDMI, USB-C, and a headphone jack.

Nokia 3.4 With Triple Rear Cameras Launched, Nokia 2.4 Debuts As Well: Price, Specifications
US DoJ Asks Judge to Allow WeChat Ban on US App Stores
How Among Us Found Success in Connecting People During a Pandemic
We need to talk about criminal hackers using Cobalt Strike, says Cisco Talos
It’s the year of Linux on the… ThinkPad as Lenovo extends out-of-the-box Ubuntu support to nearly 30 machines