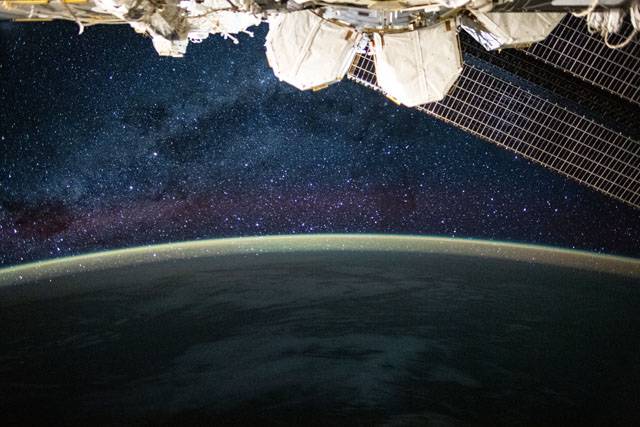 NASA has conjured imaginings of an orbital Roomba after boasting of a “sweep” of the ISS interior by an Astrobee robot as hardworking ‘nauts keep the outpost up and running.

Sadly, the “sweep” in question was merely a potter around the interior of the aging space station for inspection and documentation purposes while NASA’s Chris Cassidy and Russian Cosmonauts Anatoly Ivanishin and Ivan Vagner beavered away at keeping things operational.

Cassidy spent time in the Columbus lab, setting up hardware for the FLUIDICS experiment, aimed at understanding how “sloshing” works in spacecraft fuel tanks in low and microgravity as well as studying wave turbulence on the surface of liquids. The lucky astronaut also got to deal with an altogether different type of fluid with the replacement of parts in the Waste and Hygiene Compartment.

His Russian comrades worked on servicing the Russian oxygen generator.

Unfortunately for Cassidy, the Astrobee robots are not up to servicing the more intimate parts of the ISS, having been launched in 2019 with the goal of documenting experiments, taking inventory and assisting with moving cargo around. Dubbed Bumble, Honey and Queen (we would have preferred Huey, Dewey and Louie, but then we’ve probably watched Silent Running one time too many) the trio follows NASA’s SPHERES (Synchronized Position Hold, Engage, Reorient, Experimental Satellite) in the agency’s work to assist astronauts both in the ISS and on missions further afield.

Other attempts to foist wannabe robot overlords onto ISS crews have included the sinister floating head of CIMON, replete with all-too-human passive aggression, and the frankly alarming Robonaut2 which, perhaps thankfully, didn’t work as planned.

For its part, Russia sent the gun-toting Skybot F-850 (aka FEDOR) on a trip to the ISS last year. The visit, aboard Soyuz MS-14, was a mercifully brief jaunt. The crew got lucky there.

Concerns about the rise of our robot overlords apart, the ISS is currently running with a lower than normal crew complement ahead of a short visit by the first pair of astronauts to ride a SpaceX Crew Dragon. As such, any robotic assistance to add extra science time is more than welcome while the station’s inhabitants work to keep the nearly 20 year-old complex clean and operational.

In the longer term, NASA expects robots such as the Astrobees “to become caretakers for future spacecraft, working to monitor and keep systems operating smoothly while crew are away.”

Or hopefully deal with the inevitable blocked astro-loo. Even a Roomba can’t do that. ®