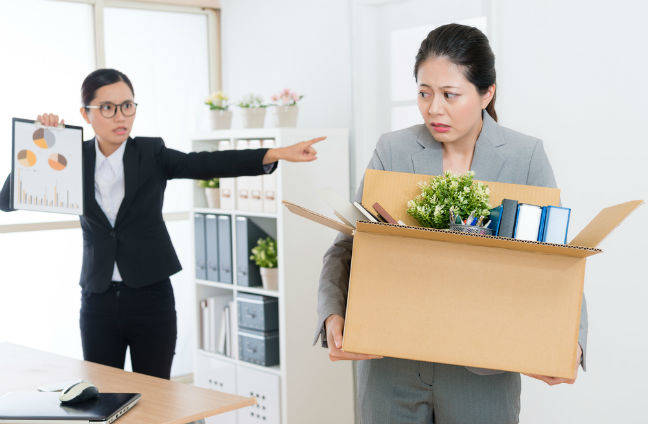 IBM has once again been sued for alleged age discrimination, this time in Texas on behalf of 15 former employees.

The complaint [PDF], filed on Friday in the western district of the US state, comes a week after the nation’s Equal Employment Opportunity Commission (EEOC) analyzed claims of age discrimination by 60 people forced out of their jobs at Big Blue and found “there is reasonable cause to believe [IBM] has discriminated against [those bringing the charges] and others on account of their age.”

According to the EEOC, 85 per cent of those considered for layoffs between 2013 and 2018 at the IT giant were older workers. “Evidence uncovered older employees who were laid off and told their skills were out of date, only to be brought back as contract workers, at a lower rate of pay with fewer benefits,” the watchdog said in its report.

At the same time, the EEOC found the evidence insufficient to establish that the law had been broken, and has asked IBM to resolve the complaints informally through negotiation with the commission and its aggrieved former workers. The Register understands this is a statutory requirement and doesn’t preclude the possibility of EEOC legal action if the claims cannot be resolved.

The EEOC findings came two weeks after IBM CEO Arvind Krishnia, who took over in April, announced the retirement of Diane Gherson, IBM SVP and chief of human resources since 2013.

IBM insisted to the EEOC that there was no company-wide effort to target staff for layoffs based on age, a claim the EEOC said “does not withstand scrutiny.” When The Register asked IBM to comment on this latest lawsuit, the mega-corp said the same thing.

“IBM’s employment actions have always been based on skills, not age,” an IBM spokesperson said in an emailed statement. “This is borne out by a federal court’s recent conclusion that nearly identical allegations to those here do not make ‘even a minimal showing’ of a policy or plan of age discrimination.”

The lawsuit, however, challenges the notion that IBM got rid of workers for inadequate skills. The first plaintiff in the complaint is Nancy Kinney, who joined IBM in 2000 as a software engineer. By 2015 she was an IT Cloud Architect and was awarded IBM’s highest technical award, the IBM Outstanding Technical Achievement Award, endorsed by then-CEO Ginny Rometty herself.

Toward the end of 2017, Kinney was set to be promoted further – her promotion was announced by IBM in an internal email that said her certifications were “too many to list,” the complaint stated. But in August of that year, her brother died of brain cancer and, three days later, her mother passed away.

Kinney took time off to deal with her family tragedy, with company approval.

“Upon her return, IBM stripped Kinney of her newly appointed high-level responsibilities without explanation,” the complaint says. “Two months later, Kinney was informed she was going to be included in a Resource Action – IBM code for its rolling layoffs – because her skills were ‘too technical.’ Her managers refused to elaborate beyond this cited reason.”

Kinney was informed she was going to be included in a Resource Action because her skills were ‘too technical.’ Her managers refused to elaborate beyond this cited reason

The issue of skills also comes up for another plaintiff, Charles Townsley, who joined IBM in 1985 as an electronics technician and was fired in 2018, allegedly based on a negative performance review in 2017. His attorneys argue the subpar review was a pretext to get rid of an older worker.

“The purported reason given was IBM needed employees with ‘better adjusted skillset to new technologies,'” the complaint says, characterizing IBM’s rationale as “preposterous” because Townsley averaged 100 hours per year of continuing education courses to keep his skills current and brought in “astronomically high sales revenue.”

The company replaced him, it is claimed, with younger, less experienced IBM employees he mentored.

The lawsuit in Texas, which contains 13 similar accounts of alleged age bias against people over the age of 40, was brought by the law firm of Wright & Greenhill PC, which oversaw the case brought on behalf of Jonathan Langley. Langley sued IBM for age discrimination in 2018 and his case was settled after IBM’s efforts to have the case dismissed were rejected.

Citing documents obtained in the discovery phase of the Langley case, the Kinney complaint says:

“It is particularly insidious when companies turn on their older workers, financially devastating them when they are most vulnerable,” said Blair Leake, an attorney with Wright & Greenhill, in a statement emailed to The Register. “This forces jettisoned employees to prematurely draw down savings, stripping them of safety nets built up over decades. Many of our clients were inexplicably fired by IBM after receiving highly touted company awards and merit-based bonuses that fly in the face of IBM’s boilerplate excuses for their terminations.”

Coincidentally, IBM on Monday prevailed – for now at least – in a separate attempt to bring an age discrimination claim against the biz in the southern district of New York: Estle v. IBM.

It is particularly insidious when companies turn on their older workers

In that claim, filed in March 2019 [PDF], a group of three former IBM employees sought to invalidate a portion of their separation agreements in which they waived the right to bring collective legal action against the company.

The plaintiffs argued that the the waiver is not enforceable under America’s Age Discrimination in Employment Act (ADEA) and the Older Workers Benefit Protection Act (OWBPA).

On Monday, the New York court disagreed, and granted IBM’s motion to dismiss that case. The ruling doesn’t address the merits of the age discrimination claim those plaintiffs had hoped to bring before a jury.

“We are pleased the Court has concluded IBM’s agreements are valid and lawful,” a Big Blue spokesperson said. “IBM’s employment decisions are based on skills, not age.”

The Register understands that the attorneys representing the New York plaintiffs have not yet decided whether to appeal the decision. ®