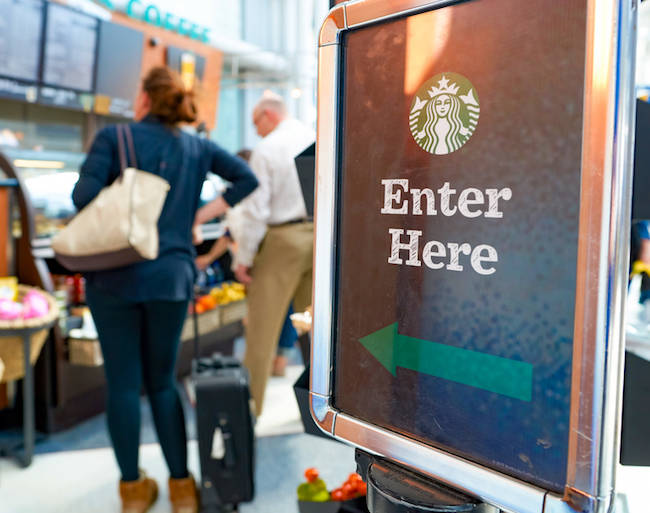 Starbucks’ UK rewards card app went down for a prolonged period earlier this week, and a bunch of caffeine fiends are still reporting problems.

The issue – which was believed to have been caused by a major software overhaul – resulted in the Starbucks rewards app being unavailable to most, preventing punters from logging in and spending their hard-earned points.

On Wednesday, the multinational bean-flingers tweeted that its techies had resolved the problem. “We are pleased to say that after a few cups of coffee, our tech team have worked to resolve these issues and will continue to work through any further ones,” it said.

Nonetheless, some problems remain. Although users can now access their accounts, many have seen their points balance wiped to zero and their account activity wiped.

Starbucks’ reward programme sees customers receive three “stars” for each pound they spend. To get a free drink, they need to accumulate 150 stars – which means spending £150. Punters can also achieve a “gold” status, which entitles them to free extras in their drinks, like espresso and syrup shots.

The app also allows users to top up a virtual wallet, as well as pre-pay for beverages. This feature is similarly handicapped for many users, with their balances zeroed and saved credit cards missing.

“So, the pumpkin spice latte is out today. I have £30 on my Starbucks card and the app doesn’t work and the money isn’t on my balance,” tweeted one irate customer, experiencing the kind of tragedy normally reserved for a Sophocles play.

“Starbucks updated their app and now the £4.40 I had on my account has vanished. Cool cool cool,” said another.

We’ve asked Starbucks for clarification on when punters can expect to get their money back. We’ll update this piece if we get a response, but tweets to decaffeinated customers suggest it could take “up to 2 weeks” for “Stars” to reappear – “multiplied by 10 to reflect the new system.” ®