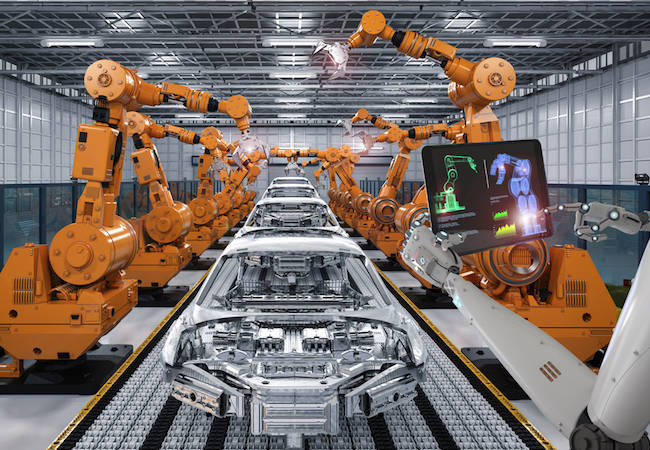 Arm has teased us with a few details of its previously unseen Cortex-A78AE processor core – set to be the brains of Nvidia’s next-gen self-driving car chip.

There are a few things to unpack here. First of all, the A78AE is based on the Cortex-A78 family, and is a follow-on to the A76AE that launched two years ago. The AE stands for automotive enhanced, in that it’s designed to be used primarily in vehicles rather than smartphones, tablets, and laptops. It’s aimed at powering the computers and artificially intelligent software inside future cruise control and long-fabled self-driving car systems as well as factory robots and other industrial gear.

This includes Nvidia’s Drive AGX Orin system-on-chip, which is hoped to go into autonomous or semi-autonomous vehicles in 2022 after sampling to automakers next year. The Orin is said to use 12 Arm CPU cores dubbed Hercules, which is code-name for the Cortex-A78. For Orin, that means the Cortex-A78AE variant. The system-on-chip also uses Nvidia’s Ampere GPU architecture to accelerate its machine-learning algorithms and other processing, so that vehicles using this technology can make quick decisions from their input sensor data.

“Nvidia has licensed the Cortex-A78AE for their next-generation Nvidia Orin SoC,” an Arm spokesperson told us, handing us this canned statement from Gary Hicok, senior vice president of hardware development at Nvidia:

Nvidia is right now trying to buy Arm from Softbank for $40bn. It’s speculated the graphics card giant wants to get closer to Arm so it can produce CPU-GPU accelerated chipsets for the lucrative data-center market as well as the realm of supercomputers and, perhaps, dip its toe into the CPU-GPU world for personal computers. It’s also clear Nvidia wants to use Arm for next-generation automotives and industry.

To do this, Nvidia doesn’t need to be any closer to Arm: it’s already, clearly, closely collaborating with the British processor designer to produce system-on-chips for self-driving cars – assuming the vehicles themselves ever arrive as a viable product and work as promised. Which leads one to question Nvidia’s real motives: does it want to keep Arm’s prime technology all for itself and license out the leftovers, if anything at all, to others? It has access to Arm’s technology as a licensee; what is it really after with its billions of dollars? Does it hope to simply protect Arm and its precious technology from being gobbled up by a rival, making the acquisition more of a preemptive defensive swipe? Does it want to steer the Arm architecture in a particular direction?

Nvidia says it wants to play nice, keep Arm as the Switzerland of the semiconductor world, and ensure Arm’s neutrality so that it can continue to sell blueprints as usual to chip makers. But as pointed out a few times, mere promises are worthless in the business world without signed, legal contracts, and Nvidia is utterly and thoroughly ruthless in the world of business.

We asked Arm what assurances can it give to customers, who are interested in licensing the Cortex-A78AE, that the design has a near and long-term future, and not likely to disappear from public availability, at least, if the Nvidia deal completes? “Both Nvidia and Arm are committed to our roadmaps and need to deliver on our customer commitments,” a spokesperson said. “Nvidia has stated that Arm’s open-licensing model and customer neutrality will continue.”

An Nvidia-Arm combo will stick with the contracts it’s already signed, and nothing more at a minimum, and Arm’s business model will continue for an indeterminate period, is what we read from that.

Back to the chips

According to Arm, the Cortex-A78AE has 25 per cent more performance over the A76AE at the same level of power consumption, or uses 60 per cent less power if you maintain the same level of performance, on 7nm. There are a few new bits and pieces in the A78AE, though the standout change is the introduction of a hybrid ASIL B mode.

ASIL B means it’s safe enough to let the hardware handle things like the instrument cluster on the dashboard, the rear-view camera, and cruise control radar. Really critical things, like airbags and steering, are ASIL D. The A78AE, like the A76AE, can operated in an ASIL B compliant split mode, or an ASIL D locked mode.

In ASIL B split mode, a set of routines that check and correct system errors periodically runs on each CPU core in turn, and finally runs across all cores to check the control logic and buses, aka the DSU, within the system-on-chip are working. When the routines are running on a CPU core, the core can’t do anything else, and the process of checking the DSU also holds up all the cores at once.

The A78AE’s hybrid ASIL B mode does the same as the split mode except it doesn’t block all the cores from running when it checks the control logic and buses. In ASIL D mode, pairs of CPU cores run in lock step so that decisions are only taken if both agree with each other.

Arm’s diagram of the hybrid ASIL B mode versus split ASIL B and hybrid ASIL D modes … The grey rectangles represent when the safety check routines run, blocking execution on the CPU core, or all cores in the classic ASIL B split mode. DSU-AE is the control logic and buses, specifically: the DynamIQ Shared Unit Automotive Enhanced. Click to enlarge

This hybrid mode is supposed to increase performance, a boost separate from the above performance percentage increases, which are due to moving from the A76 to A78 micro-architecture.

As well as the Cortex-A78AE, Arm also teased the Mali-G78AE graphics core, suitable for automotive and industrial equipment. It can be split into up to four separate partitions, appearing to software as up to four separate GPUs, in which different sets of workloads can run. For instance, you might partition a design so that one partition outputs the graphics for a navigation map, and a second partition drives the instrument cluster display. How exactly the Mali-G series will fit into Nvidia’s graphics processor roadmap, post-acquisition, is anyone’s guess right now.

Finally, there’s the Mali-C71AE that is an image-processing unit that can handle up to four real-time camera feeds or 16 buffered feeds. Again, it’s up to Nvidia how this line of technology will continue long term as a brand along side Nv’s array of accelerators and processors.

All of these blueprints are available now for licensing, we’re told, and it can be fabricated using 7nm and 5nm process nodes.

“Our partners will implement the Cortex-A78AE in a range of different technology nodes including 7nm and 5nm and in a wide range of core counts and operating frequencies,” an Arm spokesperson said. “We are not sharing any further detail at this time. All of the new IP is available for licensing now.”

By the time you read this, there should be some more info on the Arm Community blogs. ®