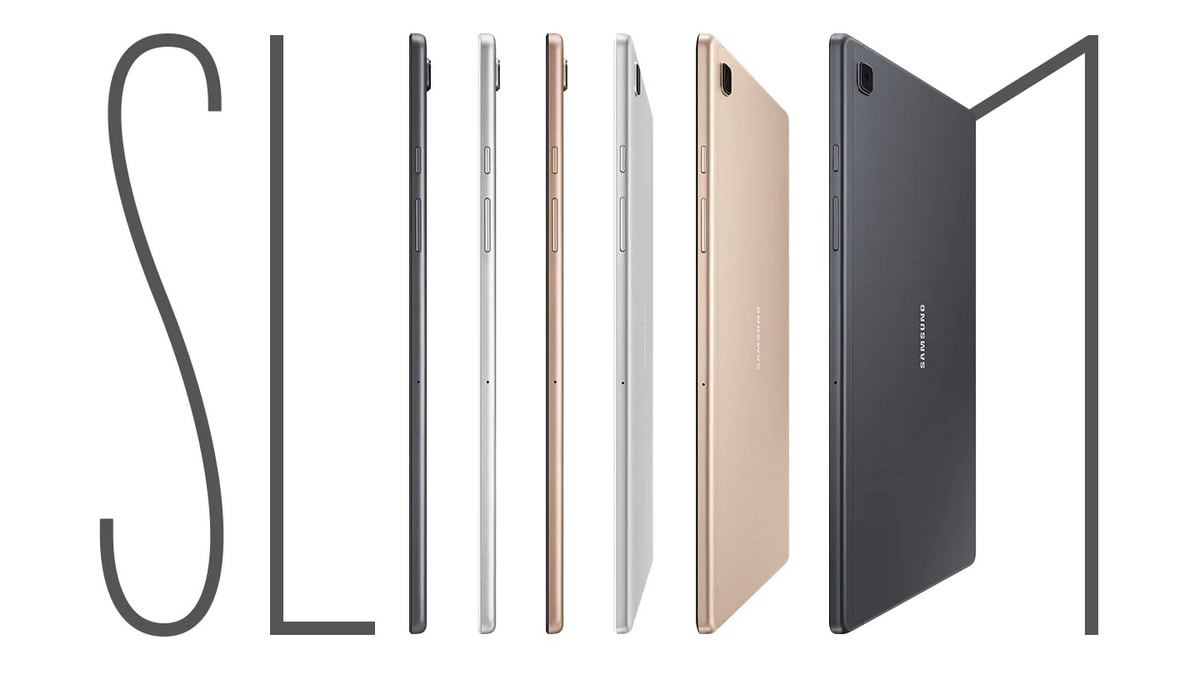 Samsung Galaxy Tab A7 Wi-Fi variant has been listed for pre-orders on Amazon and will be available exclusively on the e-commerce platform and Samsung.com. The tablet was launched in the country earlier this week with both Wi-Fi and LTE variants. The Galaxy Tab A7 features a 10.4-inch display and quad speakers for an immersive experience. It is powered by an octa-core processor and comes in a single RAM and storage configuration. Galaxy Tab A7 will come in three colour options to choose from.

Samsung Galaxy Tab A7 Wi-Fi variant is priced at Rs. 17,999 for the sole 3GB + 32GB storage model. It is offered in three colours – Grey, Gold, and Silver. The tablet is currently listed on Amazon and Samsung.com for pre-orders and the Amazon listing states that it will be available from October 12.

On pre-booking the Wi-Fi variant of Galaxy Tab A7, customers can get the Book Cover at Rs. 1,875 which is a significant discount from the original price of Rs. 4,499. There is also an additional cashback of up to Rs. 1,500 on ICICI credit and debit cards.

Samsung Galaxy Tab A7 runs on Android 10-based One UI 2.5. It features a 10.4-inch WUXGA+ (2,000×1,200 pixels) TFT display. It is powered by an octa-core Qualcomm Snapdragon 662 SoC, paired with 3GB of RAM. The tablet offers 32GB of onboard storage that can be expanded (up to 1TB) via a microSD card. For photos and videos, the Samsung Galaxy Tab A7 packs an 8-megapixel rear camera that can record full-HD videos at 30fps. At the front, you get a 5-megapixel snapper for selfies and video calls.

Connectivity options on the Samsung Galaxy Tab A7 Wi-Fi variant include dual-band Wi-Fi, Bluetooth 5.0, GPS, Glonass, Beidou, Galileo, a 3.5mm headphone jack, and a USB Type-C port for charging. It is backed by a 7,040mAh battery. Sensors onboard the tablet include accelerometer, gyro sensor, geomagnetic sensor, hall sensor, and ambient light sensor. The tablet measures 157.4×247.6×7.0mm and weighs 476 grams.

You also get Dolby Atmos support with the quad speaker setup. The bezels around the display are thick enough for comfortably holding the tablet in any orientation. The Galaxy Tab A7 can also sync with a Samsung Galaxy smartphone to show calls or text message when they come in.

Samsung Galaxy S20 FE Is Available in India at an Effective Price of Rs. 40,999
Facebook, Twitter CEOs to Testify Post US Election, Senate Panel Says
A cautionary tale of virtual floppies and all too real credentials
Asus TUF Gaming GeForce RTX 3070 Review
SmartThings Find Will Let You Find Your Lost Galaxy Devices, Even When They Are Offline