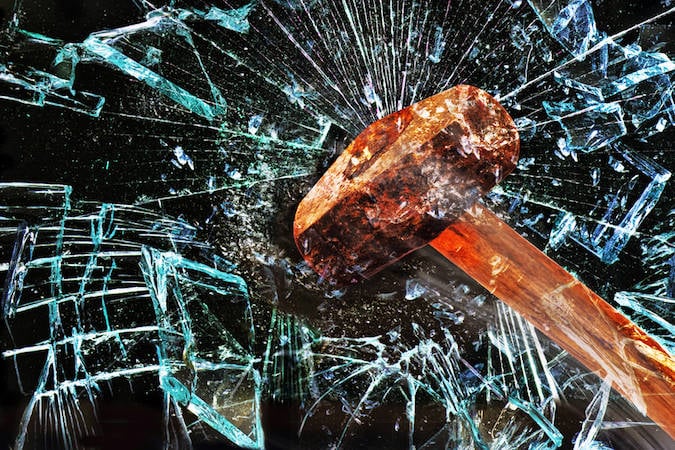 A long-awaited congressional report into Apple, Amazon, Facebook, and Google has been published – and it concludes the online giants are monopolists that need to be broken up.

The 449-page dossier [PDF] is the result of a 16-month investigation into Big Tech, and was produced by the staff of the Democrat-led House Judiciary Committee. Although it was expected to be sharply critical of the corporations, the recommendation that Amazon et al be restructured was a surprise.

The report proposes antitrust actions be taken against all four companies and then active efforts be taken to reduce their massive market power, including structural separations and a ban on them from entering other markets.

“To put it simply, companies that once were scrappy, underdog startups that challenged the status quo have become the kinds of monopolies we last saw in the era of oil barons and railroad tycoons,” the chairman of the committee Jerrold Nadler (D-NY) wrote in the report’s foreword.

He acknowledges the companies have delivered “clear benefits to society” but argues that they now enjoy a position where they control the marketplace which “enables them to write one set of rules for others, while they play by another.”

They are effectively accountable to no one and as a result “wield their dominance in ways that erode entrepreneurship, degrade Americans’ privacy online, and undermine the vibrancy of the free and diverse press. The result is less innovation, fewer choices for consumers, and a weakened democracy.”

Laying down the charges

The full report is no less trenchant, pointing to the Big Four’s acquisitions of hundreds of smaller companies in recent years as evidence of them shutting out competition and secure their control of their respective markets: a clear antitrust flag.

It uses Facebook’s internal documents to argue that its “monopoly power is firmly entrenched and unlikely to be eroded by competitive pressure from new entrants or existing firms.” And it attacks the social network, arguing that “in the absence of competition, Facebook’s quality has deteriorated over time, resulting in worse privacy protections for its users and a dramatic rise in misinformation on its platform.”

Clowns to the left to me, jokers to the right, here I am, stuck in the middle with EU: Google faces antitrust war with America, China

Google, it says upfront, “has a monopoly in the markets for general online search and search advertising.” And, it finds, it has “maintained its monopoly over general search through a series of anti-competitive tactics,” including undermining other search providers, stealing content “to boost Google’s own inferior vertical offerings,” and penalizing competitors.

By growing into ever more services and connecting them together, Google “increasingly functions as an ecosystem of interlocking monopolies,” the report states.

Amazon has “engaged in extensive anti-competitive conduct in its treatment of third-party sellers” and has abused its role as both seller and marketplace controller, the report states. Both its Alexa digital assistant and Amazon Web Services (AWS) are identified as potential targets of antitrust activity and possible diversification.

And Apple “exerts monopoly power in the mobile app store market, controlling access to more than 100 million iPhones and iPads in the US.”

The reports notes: “In the absence of competition, Apple’s monopoly power over software distribution to iOS devices has resulted in harms to competitors and competition, reducing quality and innovation among app developers, and increasing prices and reducing choices for consumers.”

The report is also heavy on the impact of these monopolies: it accuses Facebook and Google of being a significant factor in “the decline of trustworthy sources of news, which is essential to our democracy.”

It argues that collectively the tech giants have “materially weakened innovation and entrepreneurship in the US economy.” And that they have undermined Americans’ basic right to privacy by developing and driving business models that work by selling personal data rather than accepting payment directly.

Give me liberty or give me… the FTC

And, in a final punch to the face, the report accuses them of “undermining both political and economic liberties” by instilling fear through the use of their “unaccountable and arbitrary power,” and using their massive resources to direct and influence policy-making “further shaping how they are governed and regulated.”

In order to counteract all these negative impacts, the report makes a long series of recommendations, including, most significantly, “structural separations and prohibitions of certain dominant platforms from operating in adjacent lines of business.” In other words, breaking up companies.

Although the report does not provide a list of likely targets, it is highly likely from the text of the report that the committee considers Facebook’s ownership of Instagram and WhatsApp, as well as Google’s ownership of YouTube as clear examples.

The report also recommends: prohibiting the companies from pushing their own products and services ahead of their competitors’; forcing interoperability and data portability to prevent lock-in; and blocking future mergers and acquisitions by default.

When it comes to the law, the report argues that antitrust legislation needs to be strengthened in a number of ways, including to prevent abuse of market control and to limit acquisition efforts. It even highlights that past law has got in the way when it recommends that steps be taken to “override problematic precedents in the case law.”

It wants the FTC’s powers and budget to be beefed up – noting that in critical terms that the FTC has repeatedly failed to stop the kinds of activities that had led the current situation.

And it wants the Big Four to feel the force of the US legal system by “strengthening private enforcement, through eliminating obstacles such as forced arbitration clauses, limits on class action formation, judicially created standards constraining what constitutes an antitrust injury, and unduly high pleading standards.”

In short, the report is everything that Apple, Amazon, Facebook and Google feared it would be; the only surprise however is that what had become obviously during the committee’s investigations was watered down significantly in the final report.

Of course, there is still a long way to go before any of the report’s recommendations become a reality. Even within the committee, there is not unanimity, with some Republican members expressing concerns over breaking up companies in particular. Republicans will also be more ideologically opposed to adding regulations or removing companies’ ability to arbitrate disputes themselves, rather than through the courts.

And then of course there is the enormous collective power of Apple, Amazon, Facebook and Google – some of the world’s largest and richest corporations – who will be willing and able to do anything to protect their markets and profits.

But taken as a whole, it’s a bad day for Big Tech: The House committee has laid down its initial judgment on their business and concluded they are no longer acting in America’s best interests. And that it is a difficult place to come back from.

Apropos of nothing, obviously, Amazon today emitted a blog post defending its business practices, arguing: “Misguided interventions in the free market would kill off independent retailers and punish consumers by forcing small businesses out of popular online stores, raising prices, and reducing consumer choice and convenience.” ®